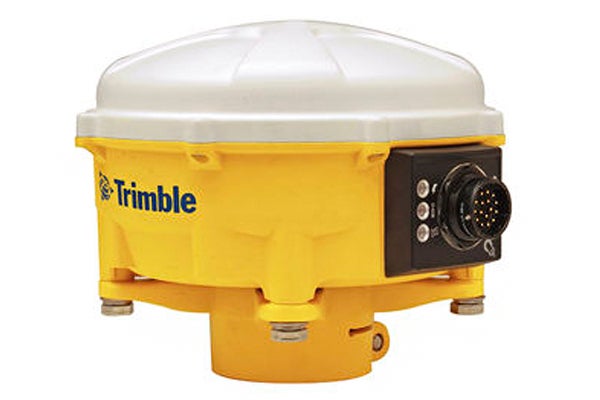 The Trimble® MS995 GNSS Smart Antenna contains an integrated GNSS receiver, antenna, an isolation system in a single, rugged housing that can withstand even the toughest construction site environments. It the only commercially available GNSS antenna that offers the performance enhancements of a new Trimble RTK engine and supports the newest GNSS signals. The MS995 provides you with increased machine productivity in areas that were previously difficult to utilize GPS machine control, including under tree canopy and in urban canyons.